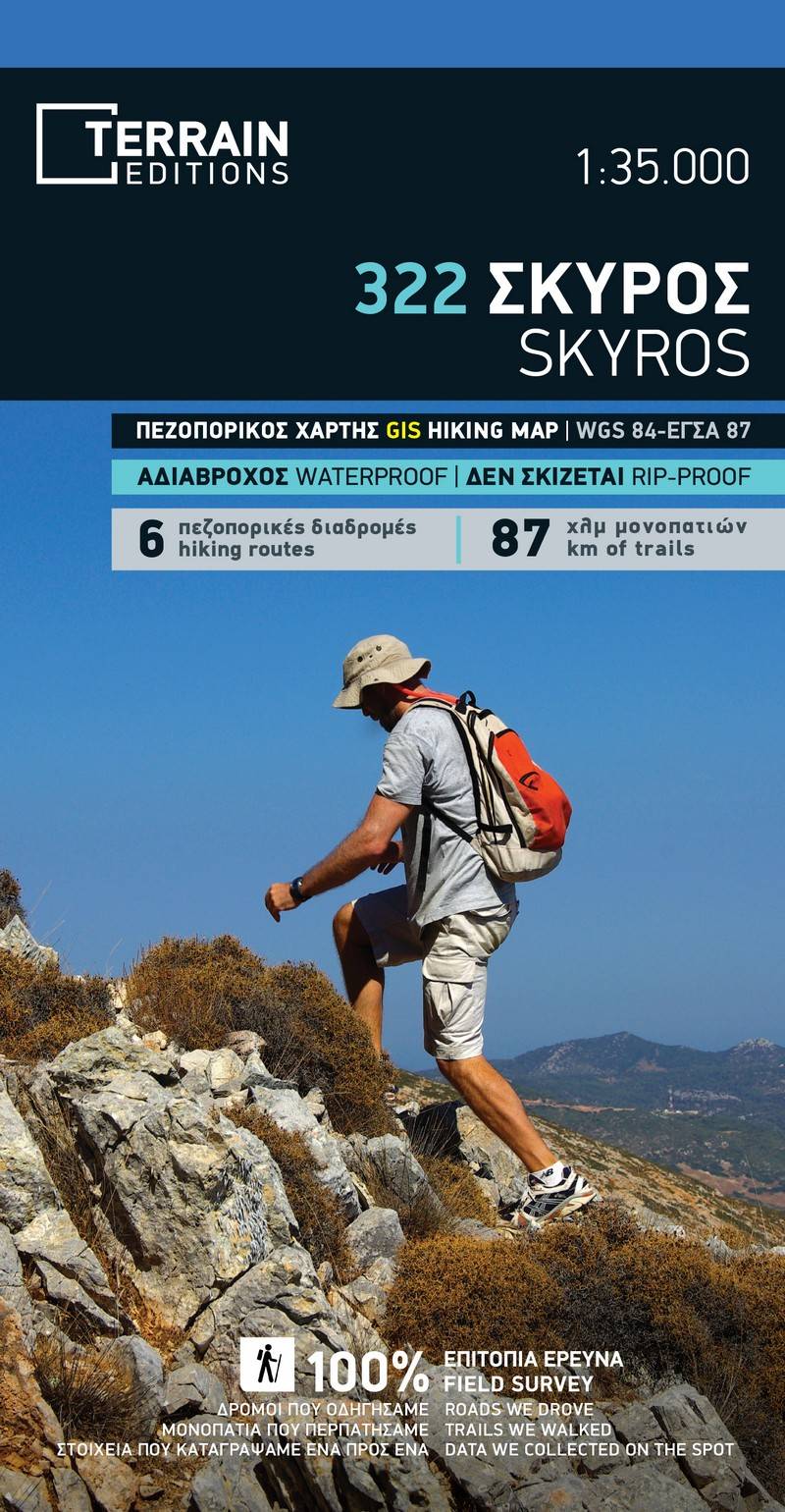 Skyros belongs to the island complex of the Northern Sporades, but in terms of natural environment it is divided into two: the northern part of the island is covered by a dense pine forest like all the other islands of the northern Sporades, while the southern part is characterized by the wild rocky landscapes of Mount Kochylas, more reminiscent of the Cyclades. Throughout the island there are many old walking trails, making Skyros a growing hiking destination, although - so far - the marking and maintenance of the paths remains problematic.

This fully updated hiking and touring map of Skyros by TERRAIN accurately shows all the paths and trails of the island with point-to-point distances, and of course the entire road network, beaches, archaeological sites, cultural and natural attractions and a wealth of other information of interest to the traveler. With distinct color shading and their numbering, the map presents the 6 hiking routes that belong to the "signposted" network of the island.

On the reverse side of the map are detailed descriptions, distance and travel time for the six proposed hiking routes, as well as information on the beaches, attractions, history and natural environment of the island. 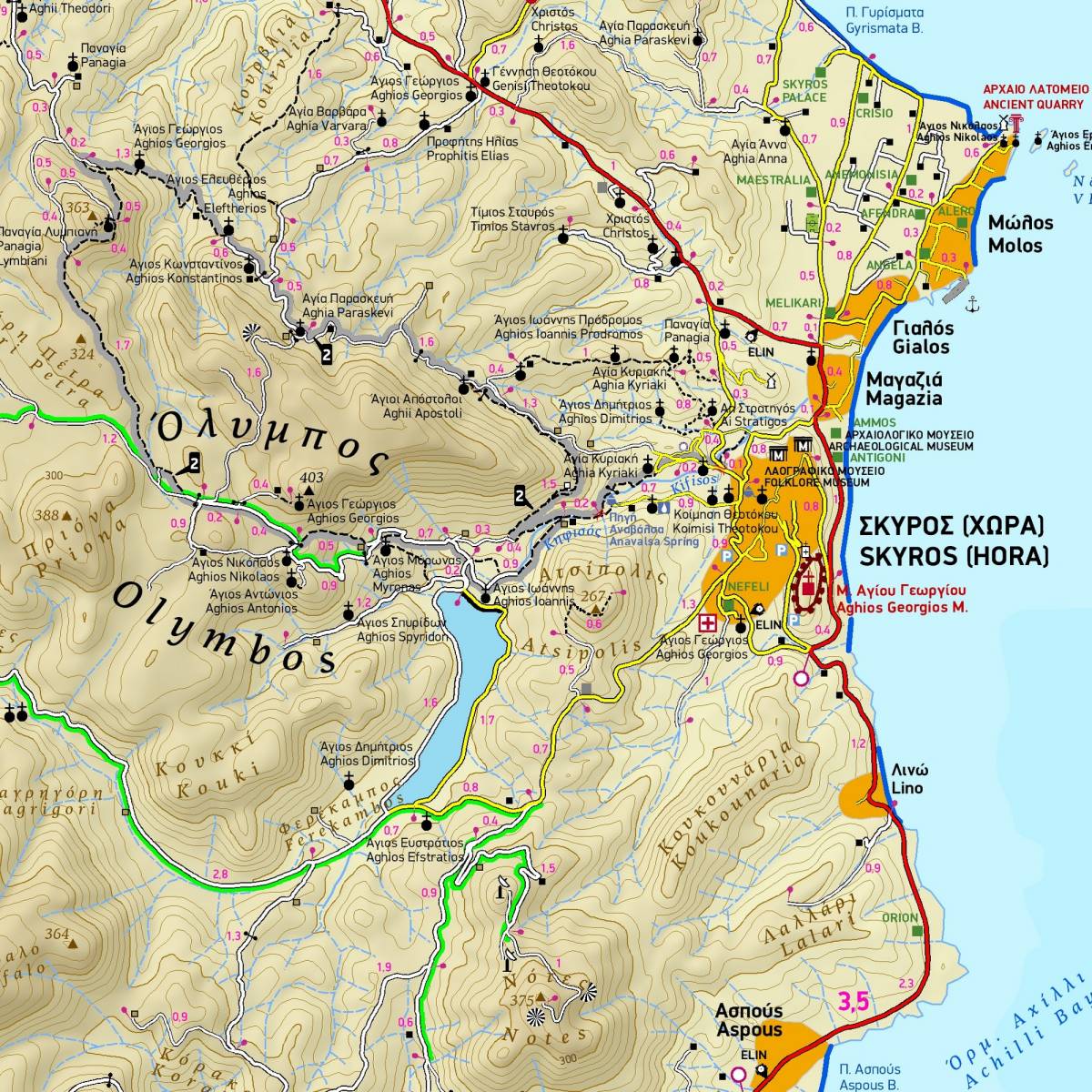