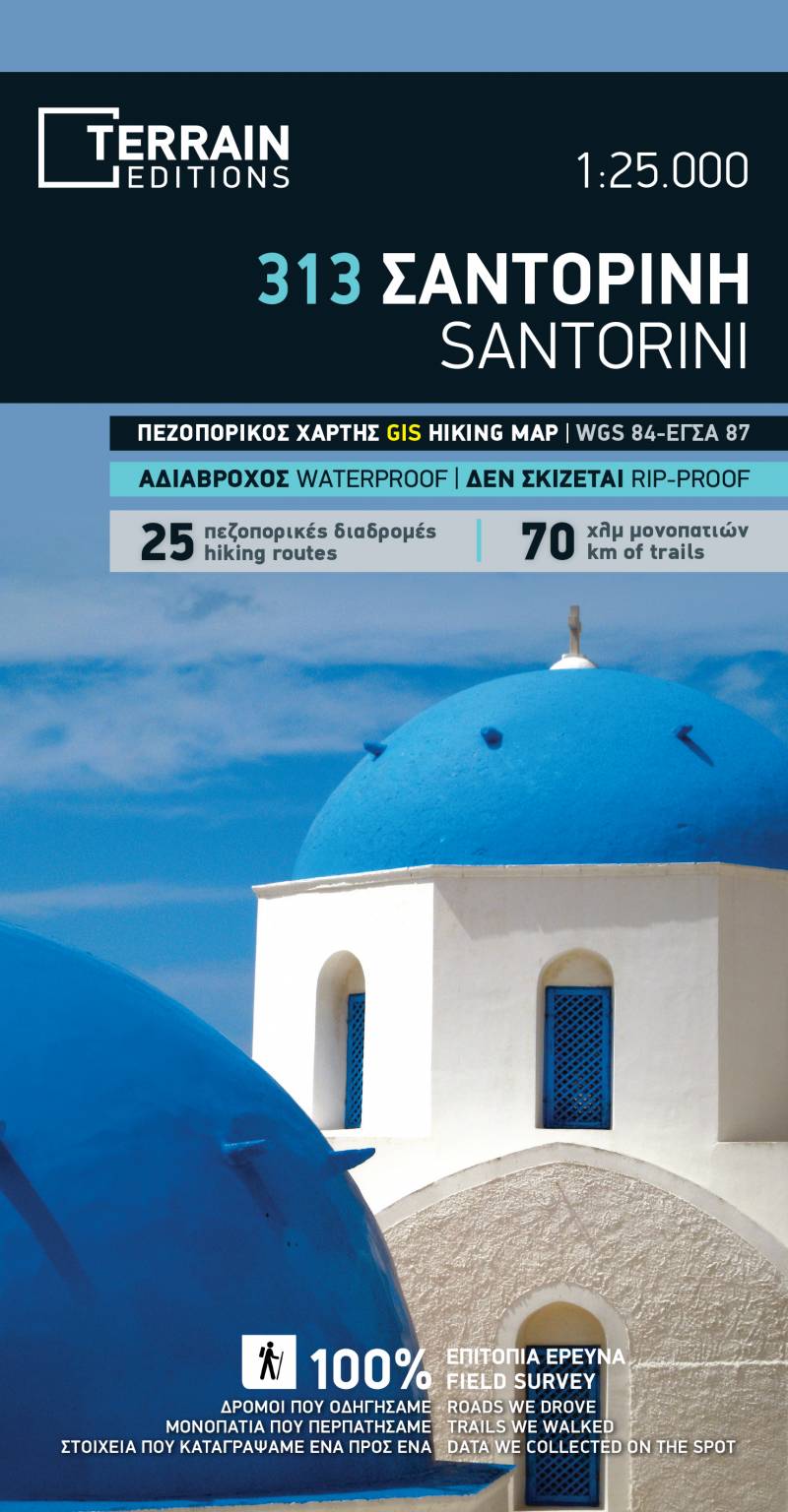 The unique island of Santorini is one of the most visited tourist destinations in Greece; at the height of the peak season in the summer months, the island is practically bursting at the seams with visitors. Despite this, it is still possible for people to experience Santorini’s original character and beauty by visiting during the off-peak season, and by exploring those areas which are off the beaten track, away from the most well-known tourist places. Surprisingly the island still retains many of its old trails and kalderimia (cobbled paths) which could, were they to be maintained and signposted, attract other kinds of visitors to the island, i.e. hikers, nature lovers, travellers who love to really get to know and explore destinations. This would also allow the tourist season to be extended to the spring and autumn months.

The municipality of Santorini has announced a project to clear and signpost 25 hiking routes, but sadly this has not yet been completed; to date there are only 3 routes which have been waymarked. However, TERRAIN’s map depicts all of the proposed 25 routes on the project, which have been drawn in with colour shading and using the official numbering system. On the reverse side of the map you will find an expanded information section on the routes, with a succinct description, total distance and estimated walking time for each one. Of course, given the absolute precision of TERRAIN’s map you can navigate your way on all the routes, but it should be noted that on many of the paths, especially those that are not being used regularly, you may come up against overgrown vegetation, rough surfaces such as loose stones and either an incomplete or a total lack of signposting.

Apart from the information about the hiking routes, on the back side of the map there is also a brief travel guide on the history and myths, and the most important sights to see on the island.

Detailed town plans of the main settlements are also included; on the front side there is a plan of Fira (on a scale of 1:4.000), while on the back there are plans of Oia (on a scale of 1:3.000) and Kamari (on a scale of 1:5.500). These detailed maps show all of the villages' hotels, as well as points of interest and sights worth seeing. 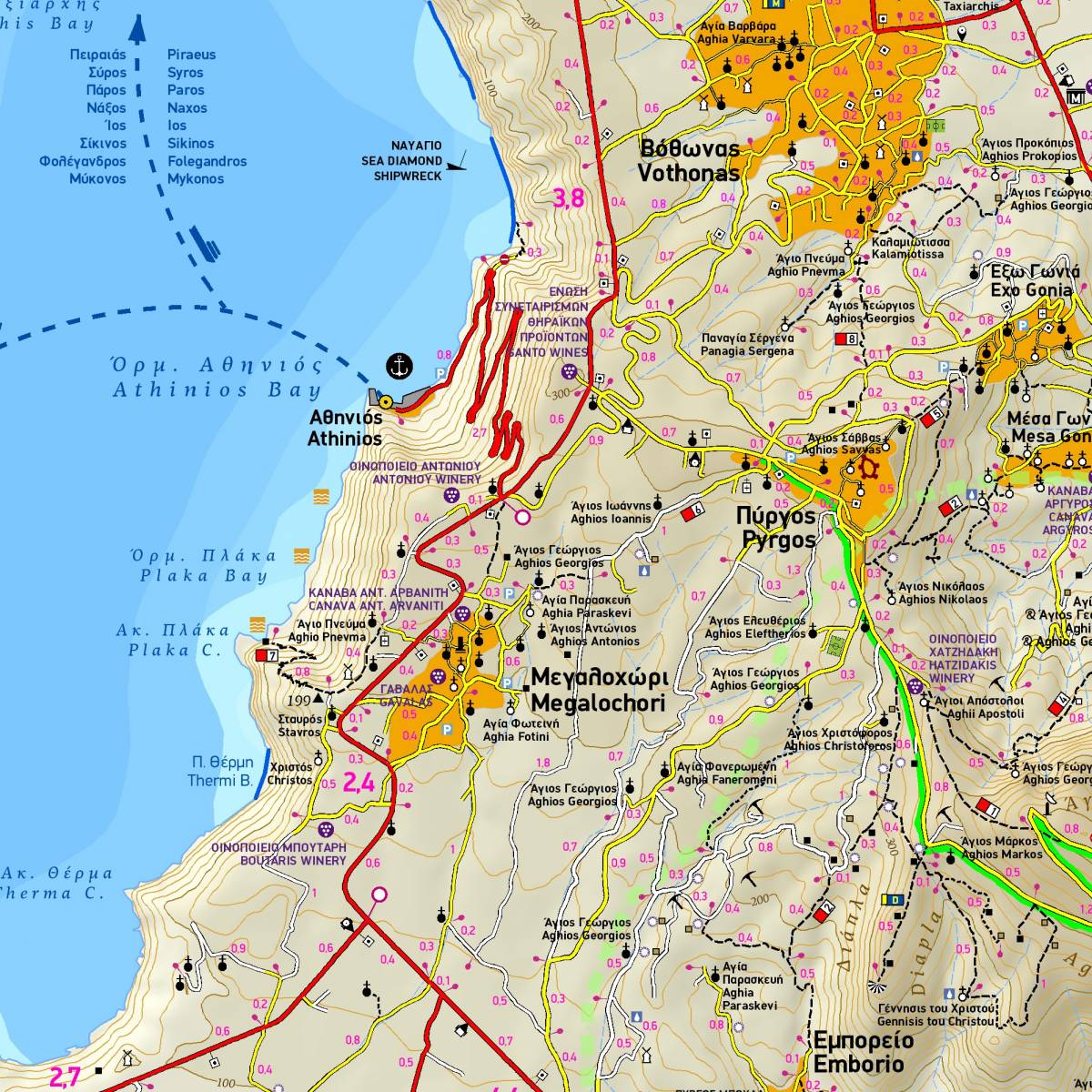