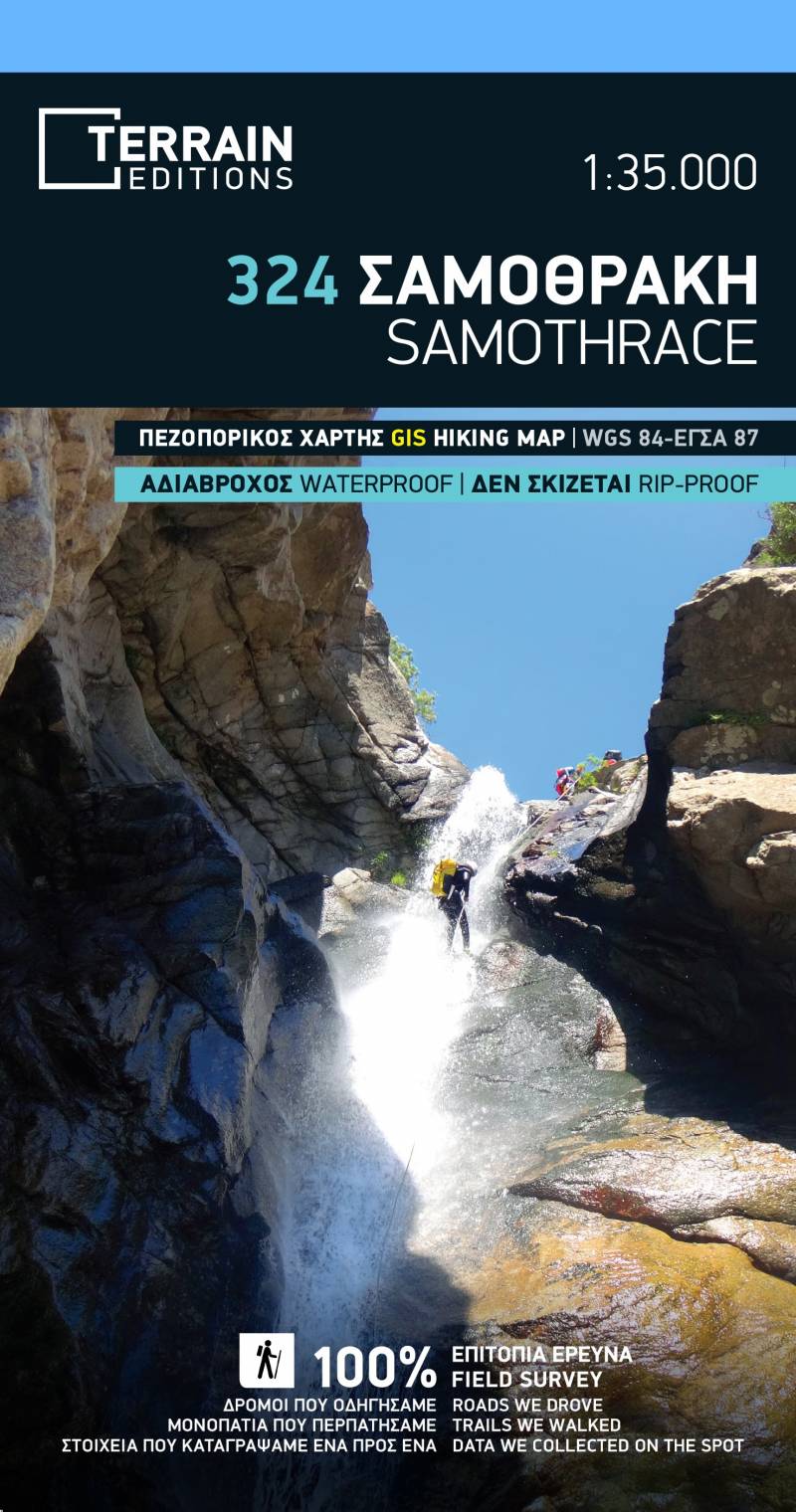 The second edition of TERRAIN’s hiking and touring map of Samothrace has been completely redesigned and is enriched with new updated information which was collected exclusively in the field, and from across the entire island.

Samothrace is well established as a destination for climbers due to its tall mountain ‘Saos’, which towers majestically over the island’s centre, with a summit altitude of 1611 metres. It is also well known for its numerous gorges, stunning waterfalls and crystalline rock pools (known as ‘Vathres’) as well as for the dense forests which cloak the mountain’s slopes, which are criss crossed by picturesque trails.

TERRAIN’s map depicts all the island’s trails and paths with accurate distance measurements from junction to junction. It also uses special colour shading and symbols to show all the gorges and which canyoning routes are bolted.

On the back of the map you will find a concise guide with information on all of the island’s sites of interest and its nature, as well as guidance on its trails (with descriptions of two of the hiking routes) and the navigation of its gorges. 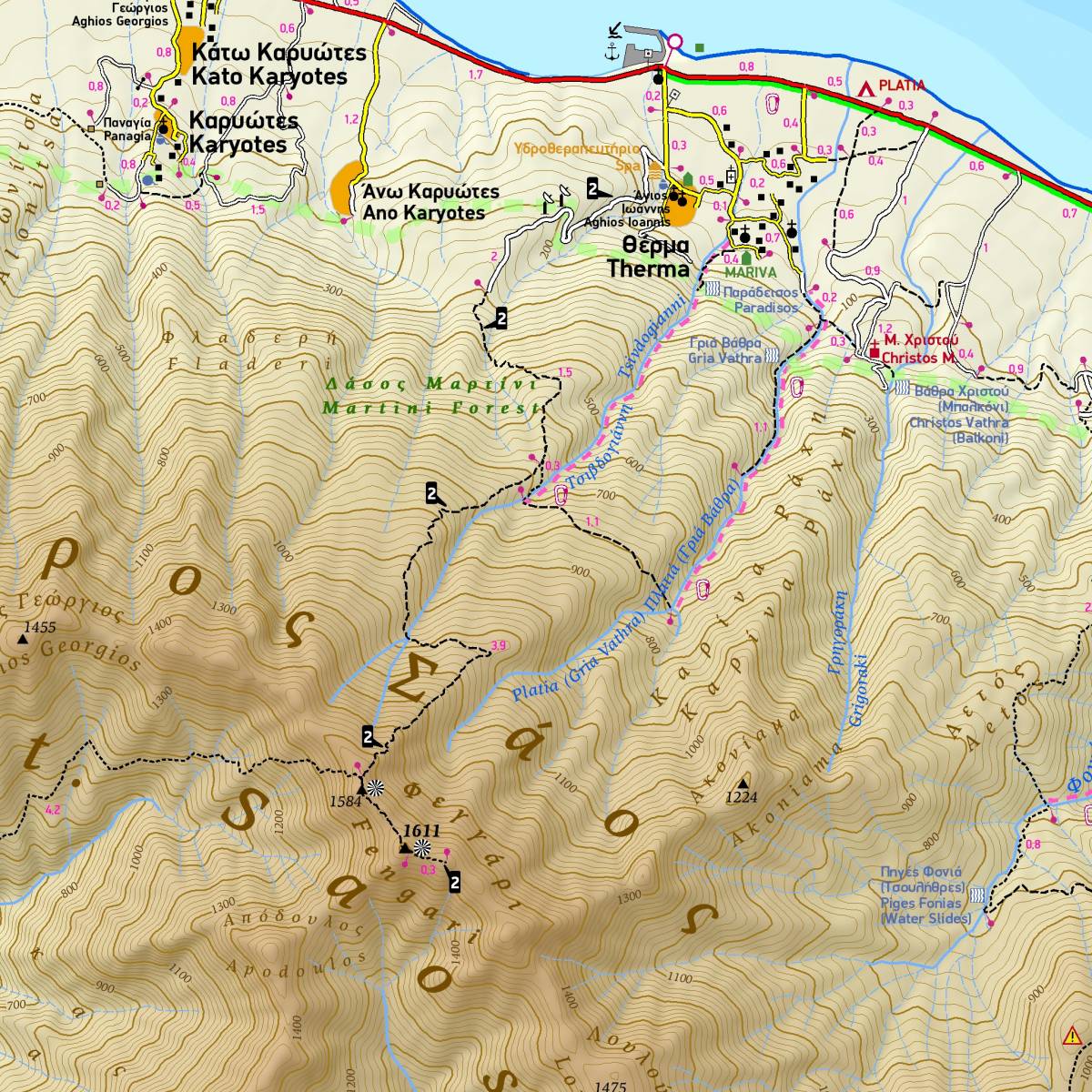