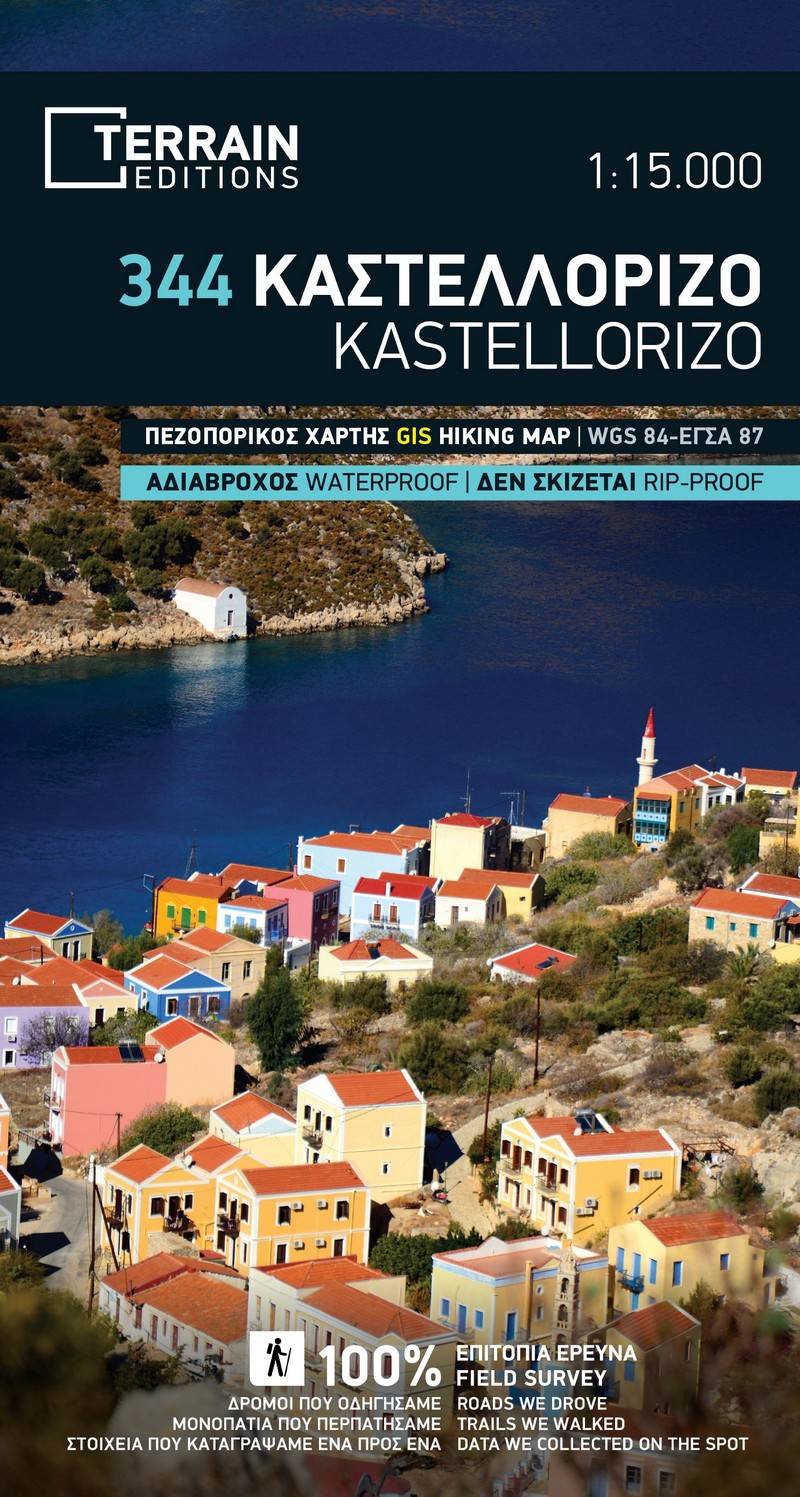 This is the first ever high precision map of Kastellorizo to be published. This tiny but stunningly beautiful island is located at the furthest southeastern corner of Greece. Despite it being just 9.2 square km in size, it is full of impressive monuments dating from all the eras in the island’s long and important history.

Kastellorizo is ideal to explore on foot, as there are hardly any roads at all, and the entire island is criss-crossed by scenic footpaths which have been used for centuries. The picturesque town and port of the island are among the most charming in the Mediterranean. Its coastline is rocky, with the most famous attraction being the incredibly beautiful Blue Cave, the largest and most spectacular sea cave to be found in the Aegean.

TERRAIN’s map of Kastellorizo depicts all of the island’s paths and trails, with accurate point-to-point distances. On the back of the map you will find detailed descriptions of five recommended walking routes, as well as information on the island’s geography, nature and its most important cultural and historical sights.

Also included on the map are the other islands within the archipelago, i.e. Ro, Strongili and the other rocky islets around them. There is also a very detailed map of Kastellorizo’s town, depicting its hotels, shops, monuments, churches, public services and sites of interest. 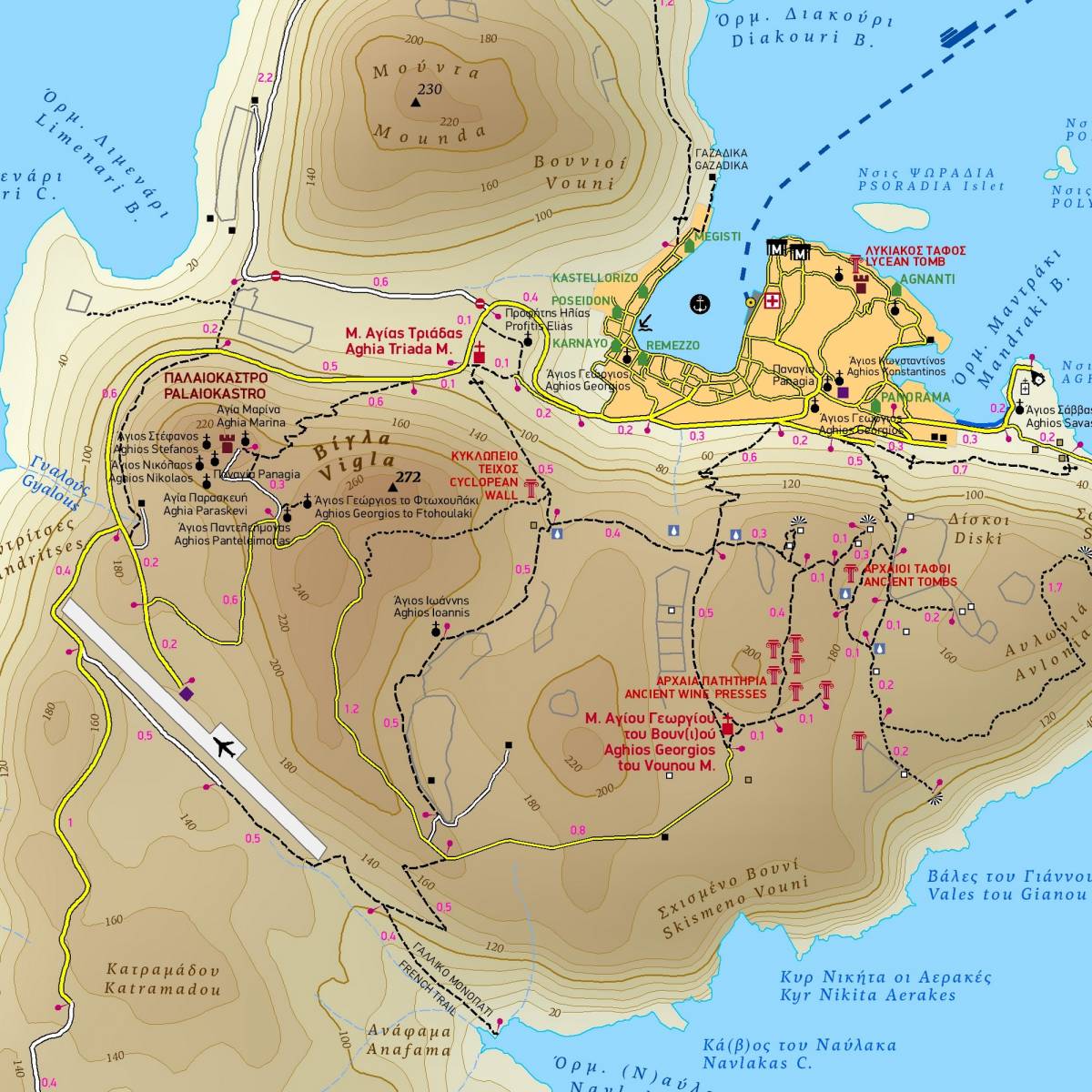