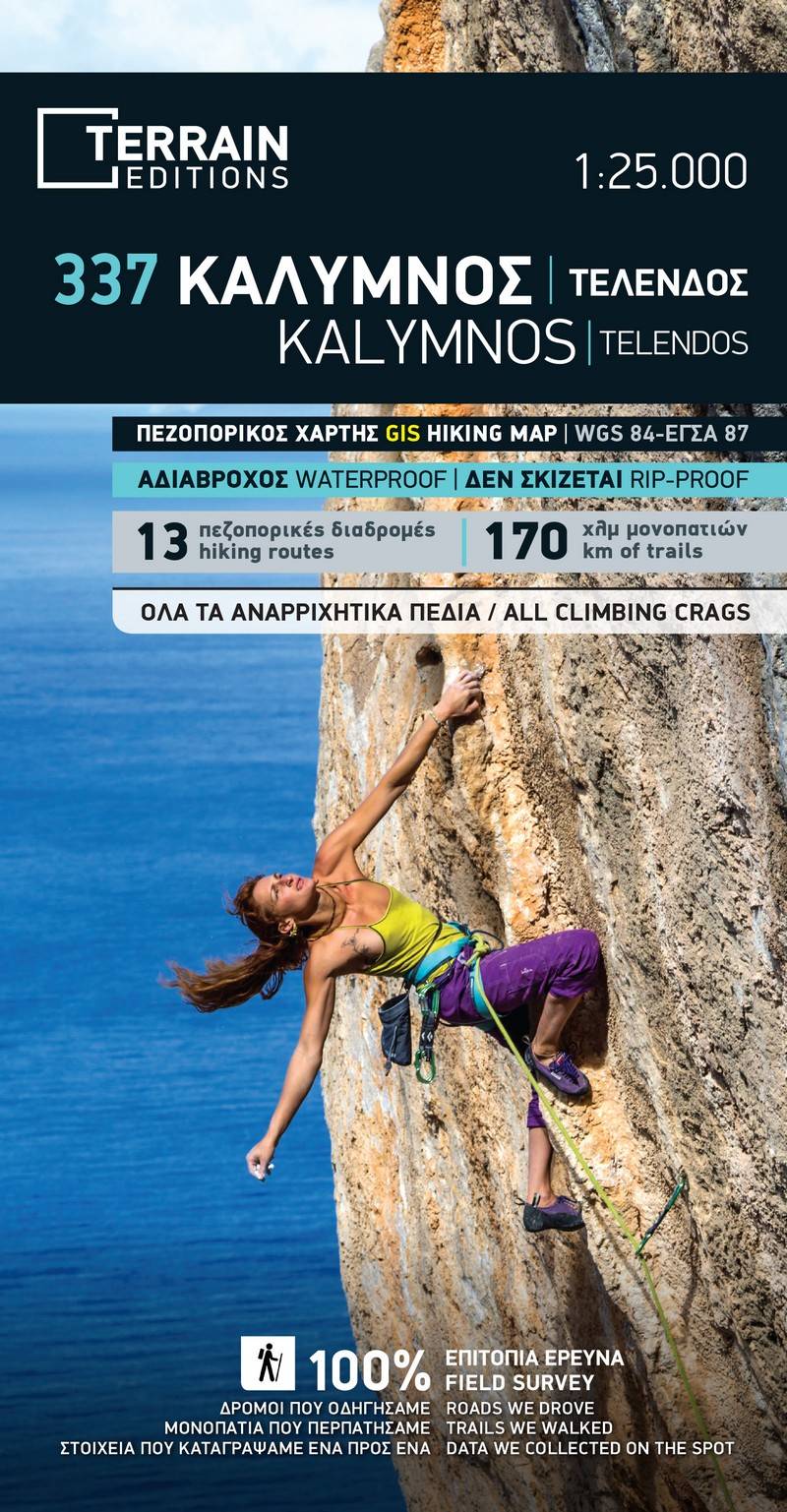 Thanks to its fabulous cliffs and to the excellent organisation of its climbing crags, Kalymnos has established itself as one of the top rock climbing destinations in the world. This is the first map of Kalymnos to accurately feature all climbing crags on the island and their access paths.

It’ s also the first map to portray in its entirety the island’s coastline. All of the island’s beaches are marked, even the tiniest cove.

All the walking paths and trails of the island are depicted with great accuracy- this was achieved by TERRAIN’s cartographers walking each and every one of them. All the paths have distance measurements so that you can calculate your anticipated hiking time, and there are also analytical descriptions of 13 recommended hiking trails on the island on the back of the map. 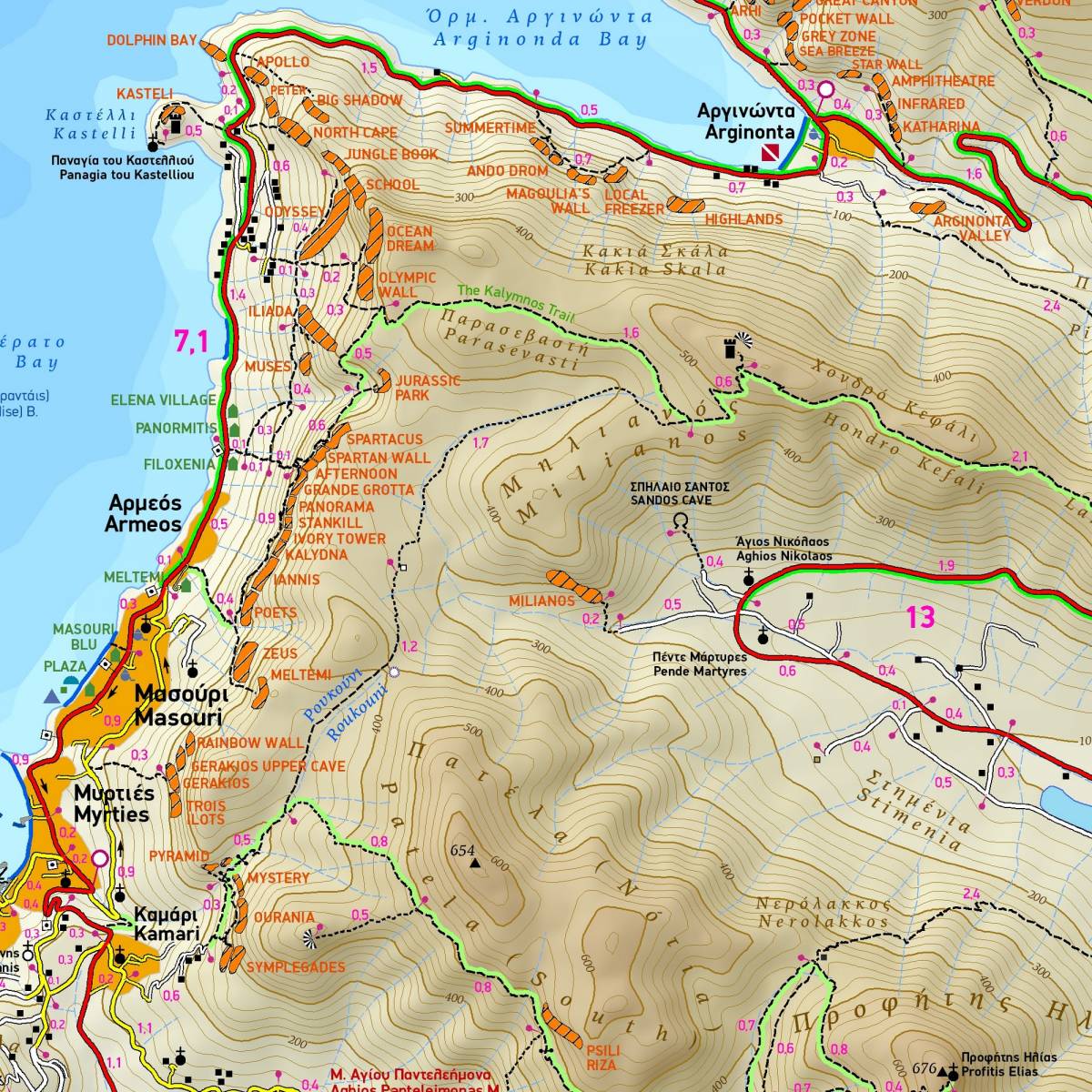